Yeah, yeah, I realize it should be "Pole, Pedal, Paddle" but this is a test to see if my buddy Tom Lloyd reads my blog. If you'd like a little background on this silly misspelling, check out my uber blonde moment in my Facebook thread from May 17th. I have no shame.

This event has intrigued me since I learned of it a few years back. Granted, I could hardly stand on skate skis, let alone wallow my way through 8k of it back then. But my Nordic abilities have since improved, especially after training for and completing the American Birkebeiner this past February. These mad skills are what attracted the attention of my friend Bryan Escobedo, who was (ahem) "desperate" for someone to do the Nordic ski portion of the race. Whatever...he totally picked me for my superior speed (and uncanny ability to flail like a mad woman while screaming down the trail, somehow avoiding multiple wipeouts). Team "Jalapeno Business" was born! Say it slowly...


Props to the people of Bend for organizing and executing a logistically challenging event that requires more planning and gear than a Hollywood housewife backpacking trip. The race starts at Mt. Bachelor, where the downhill and Nordic portions are held, as well as the bike transition. I opted to Nordic ski, then hop on my trusty rocket and fly down the mountain toward town. It was my first (and hopefully ONLY) ride in the snow this year. Mother Nature treated us to some flurries at the start, but cleared up for the remainder of the event. Bryan ran the 10k, paddled on the Deschutes and then tagged me for the final sprint finish. Good enough for 3rd AG in the pairs division...we'll take it!


Aside from some confusion at the bike-to-run transition (Escobedo got trigger-happy and took off before I got a chance to tag him), some inclement weather, and an unfortunate case of foodborne illness for Mrs. Escobedo (who is also 30 weeks pregnant and a total trooper) it went off without a hitch. What an adventurous, fun way to mix it up during the race season- already contemplating next year's PPP. Plus, spending an extra weekend of the year in Bend, OR does not suck. 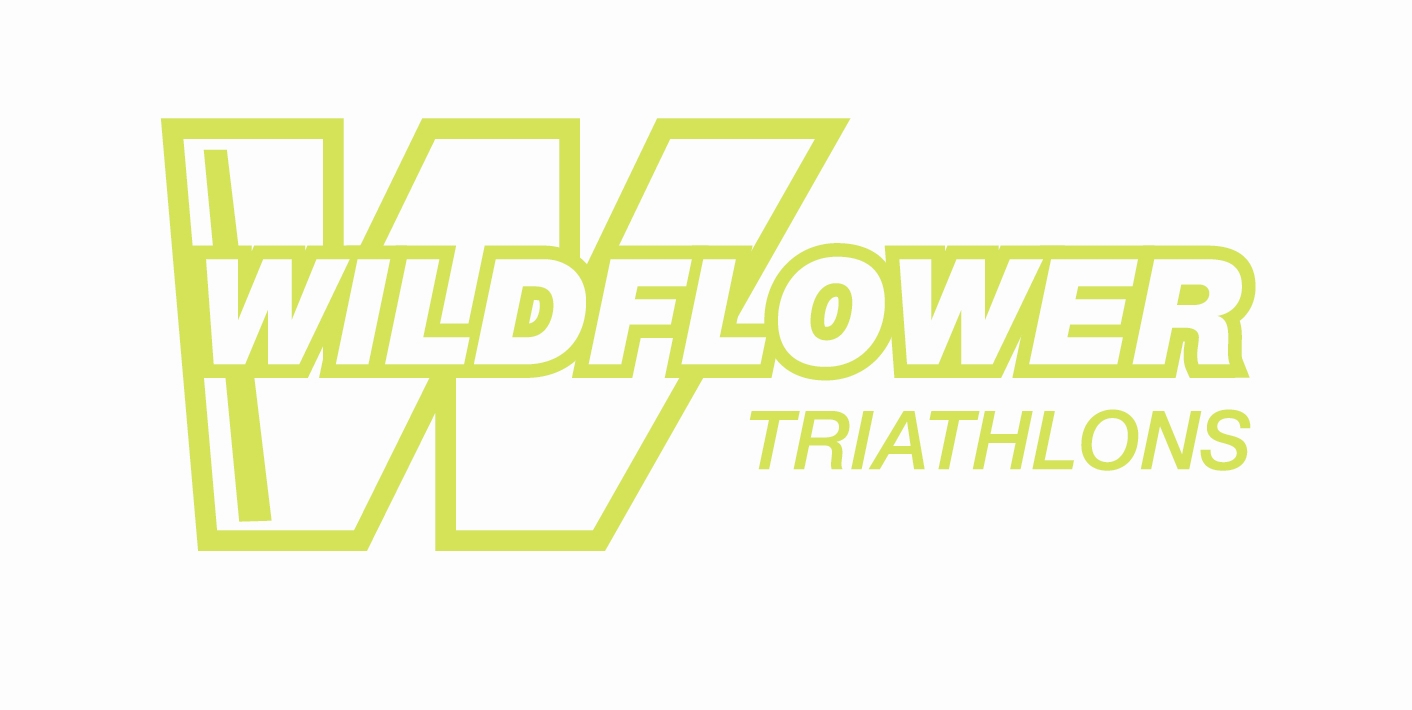 It has been a week since I crossed the finish line at the one and only Wildflower Triathlon held at Lake San Antonio in beautiful California. My goals for this event were pretty simple- complete my first elite race, enjoy the festive atmosphere and have a solid performance. Turns out I exceeded my own expectations.

I had been steered toward this race for several years and decided I could wait no longer after hearing all of the fantastic reports. Dubbed the Woodstock of triathlon, Wildflower is an iconic race trademarked by its challenging course and hostile takeover of the entire San Antonio Reservoir Recreation Area. This uniqueness often draws a competitive crowd, as well as party-ready spectators and participants. SOLD!
Another selling point for me was that the Wattie Ink Elite Team had named Wildflower as an official team event, which meant that several of my fellow Wattie Ink teammates would be in attendance. Ooooooh...Saturday night will be fuuuuuuun!

The Wildflower course is notoriously hilly, which makes it an "honest" race. Many fellow athletes applauded my bravery for choosing such a course for my elite debut. At the elite athlete introductions the evening before the race, Bob Babbitt and Michellie Jones both chanted, "virgin, virgin..." in a friendly but taunting fashion. Hmmm... 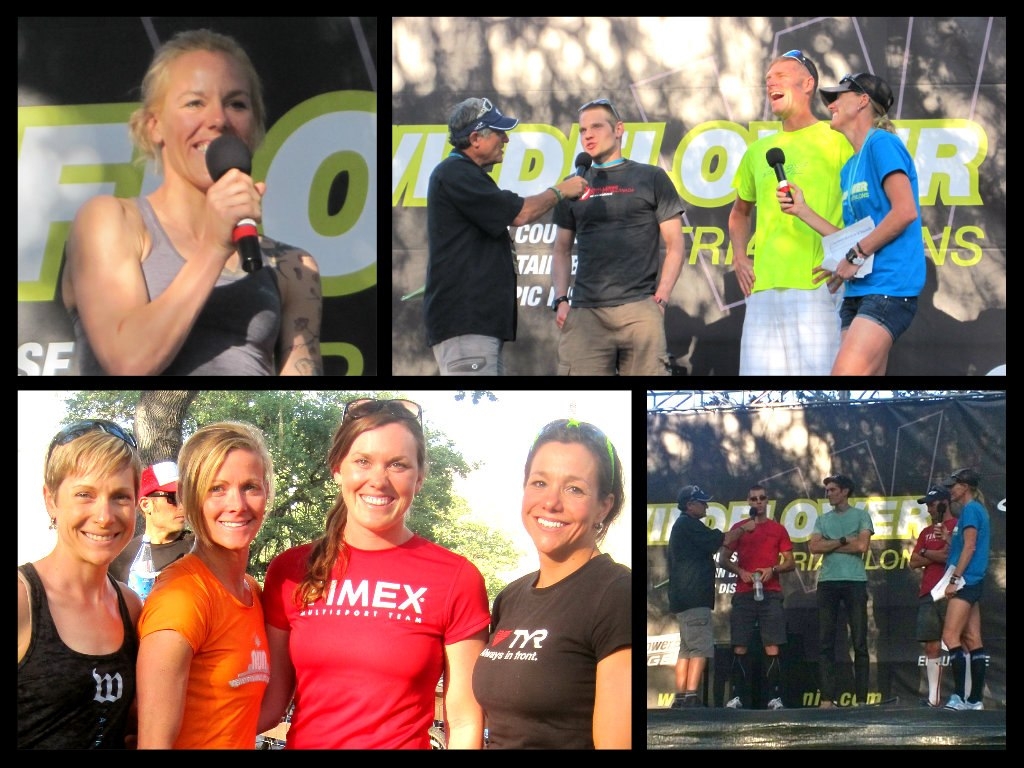 (Photo Credit: Tri-California Events)
Despite the warnings, TriCalifornia Events made it the easiest challenging event I've ever experienced. The impeccable hospitality practiced by TriCal staff and volunteers was above and beyond anything I had anticipated. I also felt incredibly welcomed by my fellow pros, which aided in calming my new-kid nerves.

Now I could go on and on about the race, analyzing every step in this post. If I did that I fear you'd become glazed over by the third sentence so I'll focus on the highlights (good, bad and ugly) 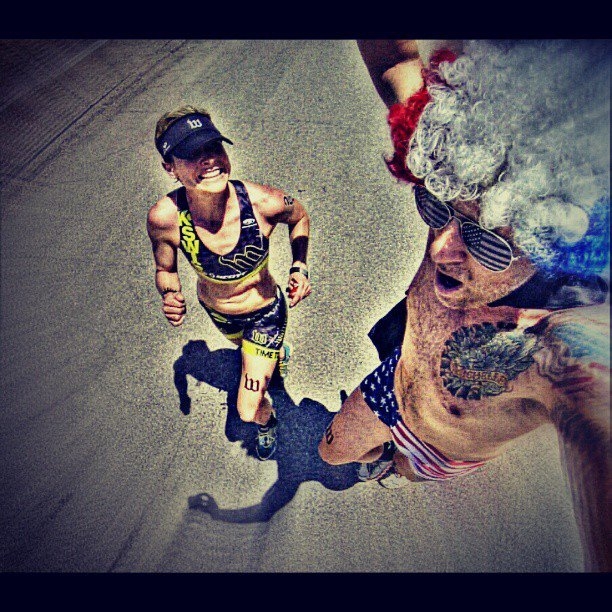 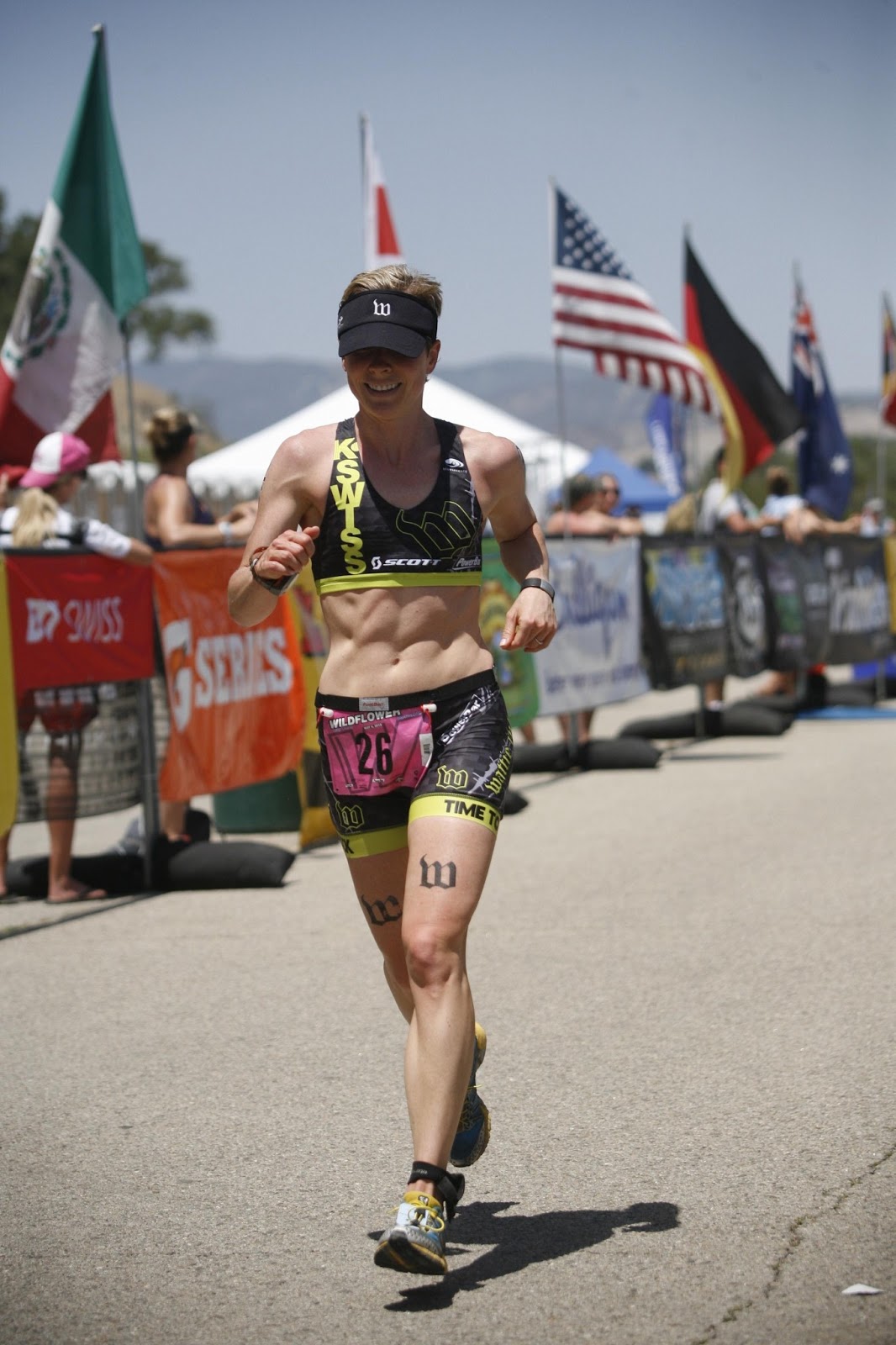 Complacency doesn't really suit me. So it is difficult for me to be totally stoked with my performance when I know I can do better. That said, I cannot think of a more perfect debut into the elite field with the ideal atmosphere and course for me to cut my teeth into a new world of racing. I cannot thank the Wattie Ink sponsors enough for their support: Blueseventy, Speedfil, ISM Saddles, Powerbar, and KSwiss. I couldn't have done this without the support of my amazing friends and family, my local group of tri-geeks at Tri Town, Flanny at CVE and all of the amazing organizers and volunteers from TriCal events! Also congrats to Heather Jackson and Jesse Thomas on incredible repeat victories!