The Winter Challenge: Tri-ing something new

Well, it finally happened this past Saturday…my 2014 triathlon season kicked off with a local multi-sport event of a different kind. The Winter Challenge was a jovial mix of winter games, springtime liveliness and sunshine with a touch of Mardi Gras. And it exceeded all expectations of how Boiseans know how to have a good time! 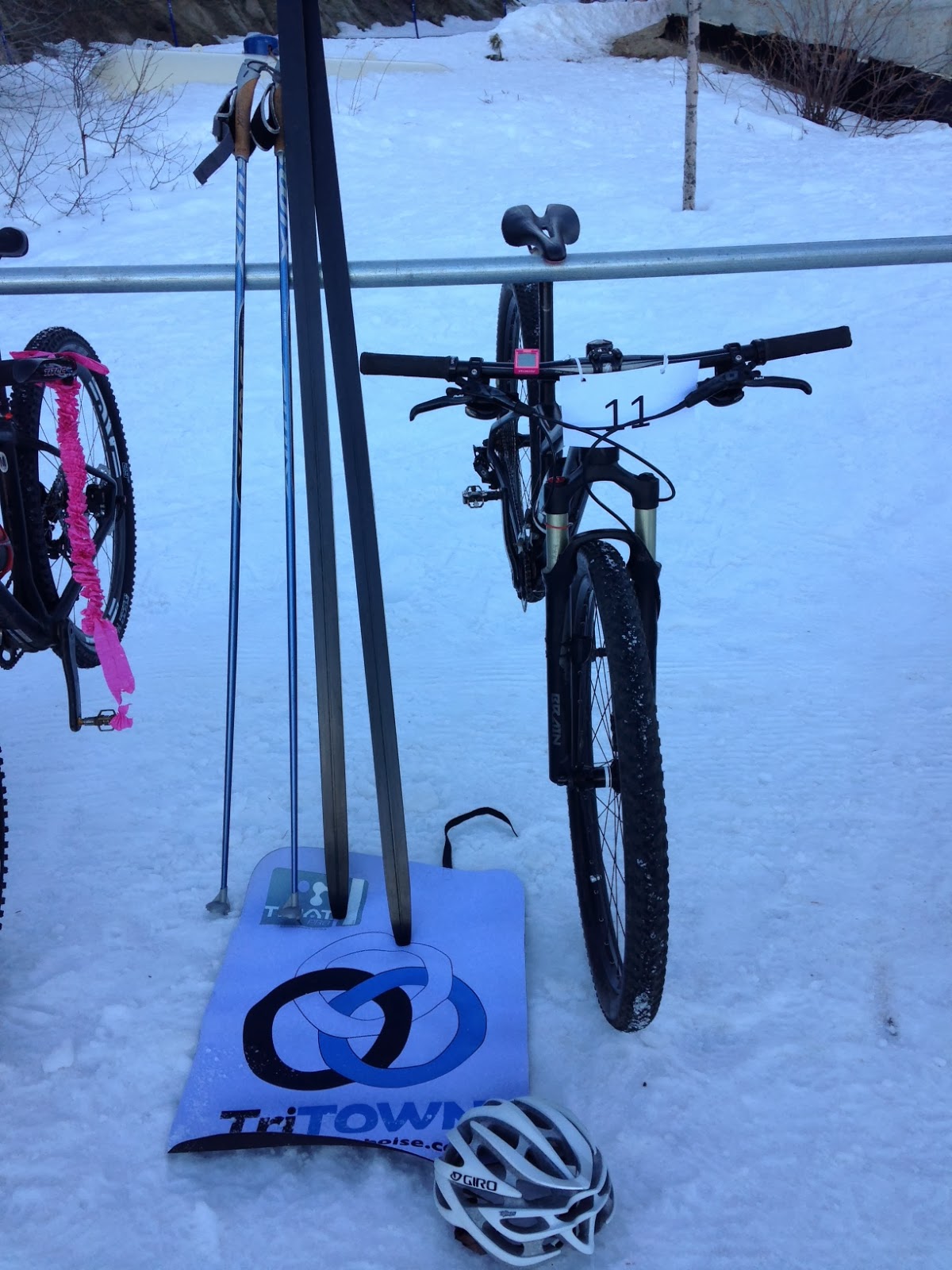 Now, I realize I'm coming off of blogging hiatus and it is a bit interesting to be writing a race report so early in the season. In fact, I have been quite busy with other adventures… such as a kick-ass spring training camp with Black Dragon Racing and Wattie Ink. Unfortunately, I missed the boat on writing a feature article on it, so I'll let you read about it here, here, here and here. I have so many positive things to say about my first camp, but I'll limit it to: love Coach Flanny even more, very thankful for amazingly generous friends and sponsors, 2014 is going to ROCK!

Back to the action…

When I'd heard friends Adam Wirth and Antonio Gonzalez were scheming to organize a winter triathlon I was intrigued and (I'll admit) a bit apprehensive. My trepidation stems from Idaho's notoriously fickle spring weather. We could be planning a winter tri, but end up getting sunburned and covered in mud while hike-a-biking through the remnants of the Bogus Basin Nordic trails. Plus, I'd struggled with a nagging ankle issue all winter that interrupted my blossoming love affair with skate skiing (more on that later).

Taking the plunge, I signed up and promoted the event with fervor. I borrowed a bike (again) from friend and XTERRA aficionado Allison Moore. I tested my mended ankle with one last ski. And before I could say "who's blow-up doll is THAT?!" it was time to race!

The event started with a 4k run along the Nordic Highway, which is actually a continuation of Bogus Basin Road when it is not snow covered. The run took a hard left downhill into the trees for some solid rolling hills, looping back to the finish. The main thing I remember about the run (besides "Thank heaven for Yak Trax,") was how sorry I felt for all of the poor suckers taking off fast and chasing Adam and Tom Liby straight out of the gate. Have fun with that…

I've never been one to claim transitions as my strength. They still need work. My transitions in a winter triathlon need LOTS of work. Change shoes…grab gloves I forgot at the start…beanie off, helmet on…wait, glasses off ($h!t)…mount bike…GO!

Riding on snow was hanging over my head as the unknown factor in this event. I pictured slipping and sliding around every corner, hopelessly losing control in the spring slush with my rudimentary single-track skills. With the first turn, though, I was pleasantly surprised at the traction provided by the icy surface. Freezing crystals flipped up and peppered my face, like little gnats that dissolved on contact. I have skied this trail countless times and this experience brought mirth that I can't put into words. I went from "ugh, I have to ride 3 laps of this?" to "WOO HOO!! Can I ride more than 3 laps of this?!" I'm still smiling...

All too quickly my joyous ride was over and the ski loomed ahead. Another clumsy transition ensued and it was time to throw down the last leg of the race. I had no idea who was ahead of me or behind me…I was having the time of my life! Friends were hanging out near transition, ringing cowbells, heckling and cheering as the racers made their way through.

Since the ski route was a reverse of the run I had gotten a good idea of snow conditions. The occasional crusty patch threatened to grab my ski's edge and toss me into a snow bank, but I managed to keep upright and strong. Remember that steep downhill coming off the Nordic Highway I mentioned during the run? You guessed it: we got to climb that puppy twice during the ski leg. If I could describe for you non-skiers what it's like to climb a steep hill while skating… did you ever try to climb up a slide at a water park while it's running? Progress is painfully slow and you'd rather just give up and slide back down.

Just when I was reveling in my final, triumphant climb and I thought I could just cruise to the finish, I saw him. Frenchie. My friend Walter was just up ahead and looked like he was running out of steam. This race ain't over! In my mind, I threw myself into a powerful V2 sprint a la Kikkan Randall. To anyone watching I just started breathing harder. Nonetheless, I was gaining on him with less than a half kilometer to go. YES! Bragging rights over Walter…this is better than any trophy! Alas, Frenchie glanced back to see me gaining on him and lit up whatever gas he had left in the tank, which was enough to finish just 8 seconds ahead of me. Next time, Walter. Next time. 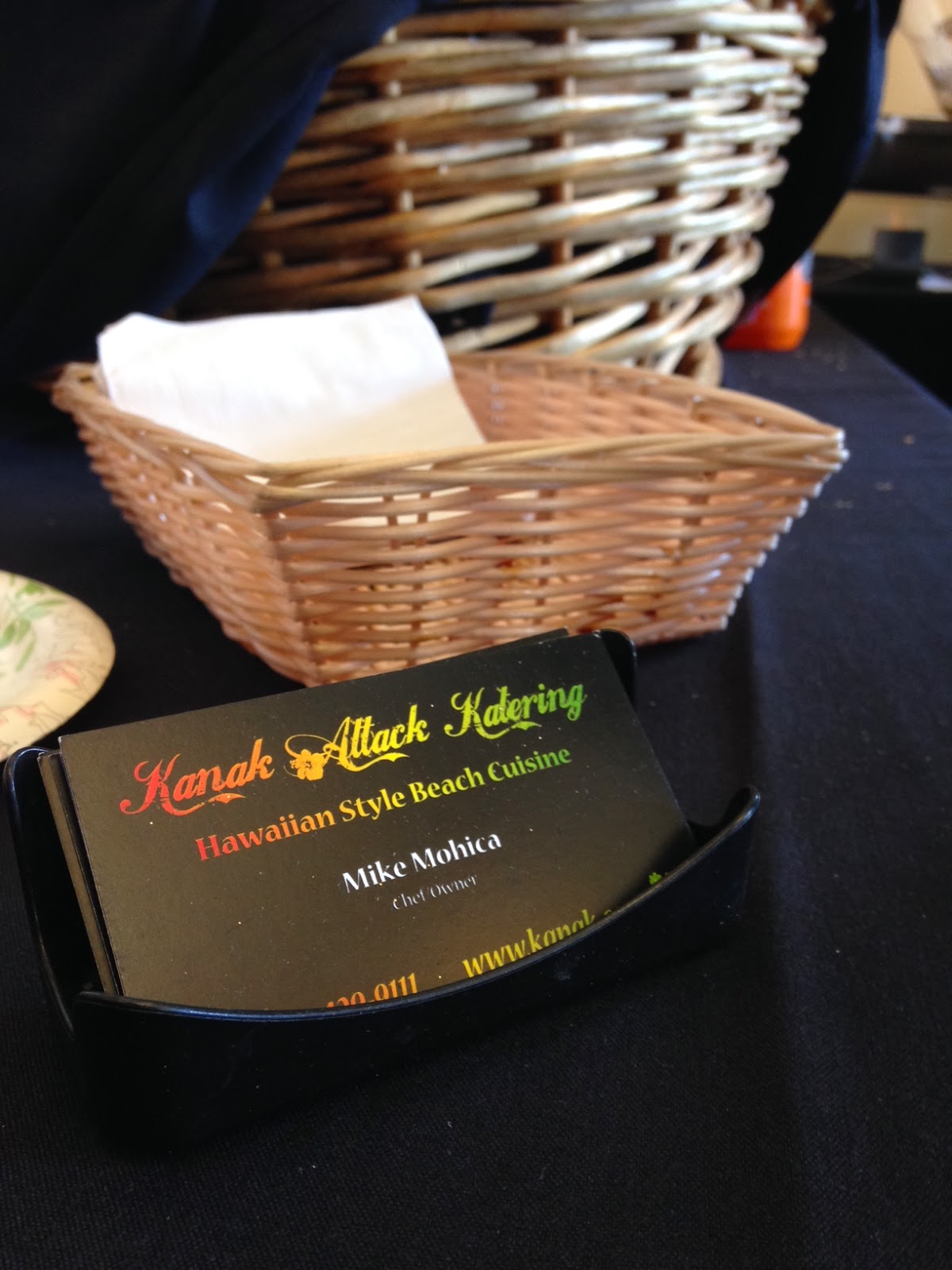 The day was wrapped up by swapping race stories, excellent food by Kanak Attack catering, beer by Payette Brewing, awards and costumes. Head on over to the Winter Challenge Facebook page for additional photos. Hats off to Adam and Antonio for putting on one hell of an inaugural event! Thank you to local businesses Bogus Basin, World Cycle and Tri Town for amazing race organization and support. And volunteers- you guys were fabulous! Events like this can't be executed without dedication, enthusiasm and true pioneers at the helm. For all of you locals who missed out: this should top your list of fun, must-do events next year!
Posted by Unknown at 6:51 PM No comments: